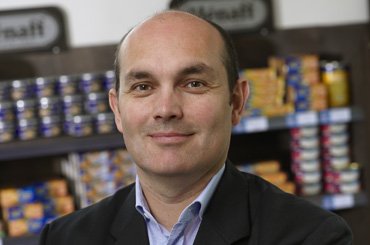 In a little over a century, Hénaff has become a key player on its market. The brand is recognised by 52% of the French population. Brand recognition even reaches an astounding 98% in Brittany, where it all started over a hundred years ago and where the company still has its base today, boasting a 230-strong workforce at its Pouldreuzic plant.

The brand is now leader on its principal market for terrines, rillettes and spreads at big store retailers with nearly 25% of the market share. Even abroad, Hénaff products are a favourite with gourmets: 5% of the production is exported.

Hénaff moves
with the times

While Hénaff is constantly looking towards the future, the company nevertheless remains solidly anchored to the present, driving numerous innovations and newsworthy events. Recently, its R&D teams were approached by Thierry Marx, the head of the European Space Agency, in order to develop and produce three recipes to accompany the French astronaut, Thomas Pesquet, to the International Space Station.

In addition to conquering Space, in 2016, the company was also awarded the “LSA diversity” Trophy in recognition of Hénaff’s efforts in terms of social and environmental responsibility. A recognition of the company’s commitments and the values it hands down from one generation to the next.

Quality control is a keystone requirement.
Throughout the whole production process, the raw materials used in the recipes undergo a raft of physical, chemical, microbiological and organoleptic analyses. Our aim is to offer products of impeccable quality, that are both healthy and good to eat.